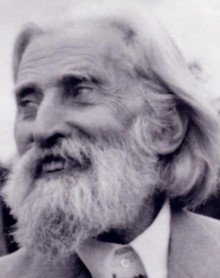 was born on 11 July 1864 , around noon, in the village Hadarcia (at the time part of the Ottoman Empire, today Nikolaevka, 30 kilometers from the Bulgarian city Varna). He is the third son of the priest Konstantin Deunovski is Dobra Atanassova who, before him, have a son named Atanas and a daughter named Maria .
In 1872 he enrolled in the Bulgarian primary school in the village Haradcia, which was closed during the Russian Liberation War. turkish (1877- 1887). After the liberation of Bulgaria, he finished his high school studies in the five-year boys’ school in Varna. On July 25, 1886, he finished his studies at the American Methodist School in Svishtov and later taught for two years at the school in Hotanza, near Russe.

In the month of August 1888 he left for the United States and enrolled as a student at the “Drew” Methodistic School of Theology in Madison, New Jersey, and finished his studies in 1892. In theautumn of 1892 enrolled in the Theological Faculty of Boston University; writes his thesis on the subject “The migration of the Germanic tribes and their Christianization “and graduated in the month of June 1893. For a year he attended lectures at the Boston University School of Medicine and in 1894 obtains a certificate that gives him the right to practice medicine.

In 1895 Peter Deunov he returns to Bulgaria and spends the years until 1899 in solitude and work, intense and profound. He settles in Varna and gives up the jobs of Methodist preacher and Theosophist that are offered to him. In the autumn of 1896 he wrote the book “Nauka i vazpitanie” (“Science and education”) in which he analyzes the life of man in the drama of the world and talks about the foundations of the new culture that will come in the following century.
The March 7, 1897 , at the age of thirty-three, he receives his own spiritual name, Beinsa Duno, and decides to found theWhite Brotherhood.

From 1900 to 1942 organizes, in August, annual councils of the White Brotherhood , in different places. In 1904 he moved to Sofia. Start giving public preaching in the form of lectures.

The May 4, 1936 a Democratic Party activist attacks him, beating him hard, causing a brain hemorrhage and paralysis. Despite the disease, the July 14, 1936 he goes, with his followers, to the Seven Rila Lakes and, on August 12, completely restores his health.

Leave his physical body on December 27, 1944 , the day before the Communist militia arrived to arrest him. 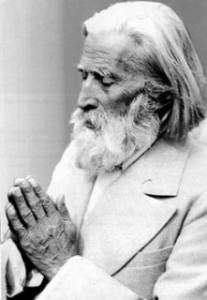 Peter Deunov was doctor, philosopher, musician and clairvoyant. In the 1940s, his Brotherhood counted, in Bulgaria alone, more than 40,000 disciples.

He was a master of great charisma, recognized as such by many of his contemporaries. Numerous miracles and wonders are attributed to him. He created hundreds of musical compositions, songs and sacred music; introduced the Paneurhythm , or “the Supreme Cosmic Rhythm”, a sacred dance, and taught gymnastic exercises, as well as many other methods, formulas and prayers for the Spiritual development of Man and of human societies.
Its basic precepts were: Love that brings Life, Wisdom that gives Light, Truth that gives Freedom.

They said of Peter Deunov:

According to Pavel Birukov, biographer of Lev Tolstoy , before his death (1910) the great Russian thinker and writer abandoned Iasna Poliana with the desire to leave for Bulgaria to meet Peter Deunov.

Pope John XXIII , when it was still Cardinal Giuseppe Roncalli , met Deunov as the Vatican ambassador to Bulgaria, before the Second World War, and said of him: “ In the contemporary era the greatest living philosopher on Earth is Peter Deunov “.

In connection with the death of Albert Einstein, the French National Radio broadcast a program with some of his interventions; in one of these the great scientist says: “ The whole world bows before me, but I bow before Master Peter Deunov of Bulgaria “ 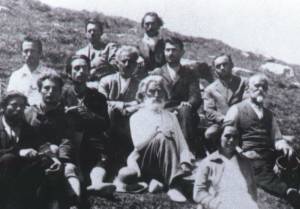 According to the memoirs of Boyan Boev, one of Peter Deunov’s disciples, in a discussion with him in Munich, in 1910, Rudolf Steiner says to him: “A great mission is destined for the Slavic world. It, and Bulgaria in particular, will contribute a lot to the spiritual uplift of humanity. You go back to Bulgaria, there is a powerful movement at the head of which is a great spiritual enlightenment“.

Jiddu Krishnamurti , the leader of the Theosophical Movement, rejects the idea of being declared Maitreya and Christ, and says before those present at the Theosophical World Congress in Holland that the Master of the world is in Bulgaria .

Onisaburo Deguchi , the leader of the Japanese spiritual movement Oomoto, says: “ I am a sage, the Master is in Bulgaria “.

“Everything exists through Love. Whoever knows Love speaks of the greatness of God. “

Works by or about Peter Deunov 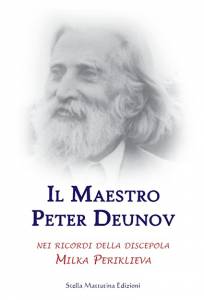 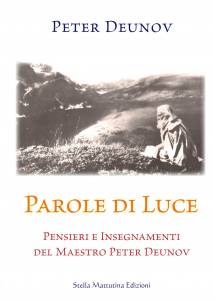 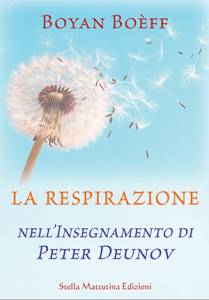